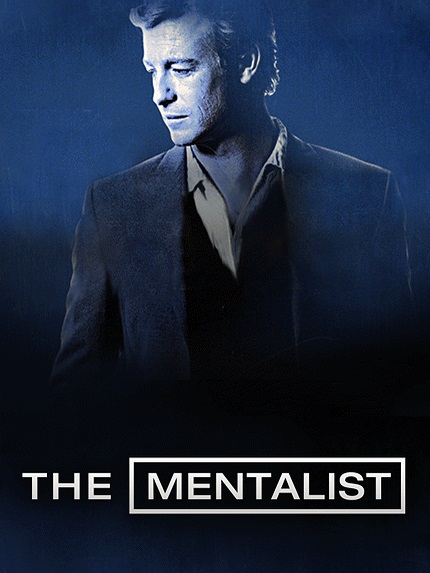 Halfway through the previous season of The Mentalist the Red John case was finally solved and the series made a few changes. Season 7 picks up with those changes in place. Teresa Lisbon and Kimball Cho now work for the FBI, based in Austin, Texas. Jane continues to work alongside Lisbon, but he gradually shows that although he is considerably interested in Teresa – he’s losing interest in working with the police, due to his natural aversion to violence. New to the series as of mid-way through season 6 is Supervising Agent Dennis Abbott, Teresa and Cho’s new boss at the FBI, and Agent Wylie, the analyst and technology expert. New regular to Season 7 is Agent Michelle Vega, a young, enthusiastic Hispanic FBI recruit. The characters are strong, and form a cohesive unit.

The Mentalist always mixed regular police stories with stories that concentrated on the Red John storyline. Now that the Red John storyline is definitively finished – the final season contains a number of different stories, some not even set in Texas – though most are. What makes the season hold together and become cohesive is the character-driven stories. Most of the characters have their own stories to play out. And though some are predictable (a young, enthusiastic, female agent who is trying to prove her mettle) some are less so. Or they are somewhat predictable but still satisfying. The characters gel together almost immediately. And what holds everything together is the budding romance of Teresa Lisbon and Patrick Jane. Having finally admitted his feelings for Teresa, the two are now dating. They initially keep their relationship secret from the other FBI agents – but it’s soon an open secret – one that no one seems to have a problem with, at all.

Watching Teresa and Patrick’s relationship develop in thirteen short episodes was a joy. That Patrick had some feelings for Teresa was always in the background throughout the series – but it was considerably more subtle than other series (cough, Castle – though that show played like a romantic comedy so I don’t want to knock it too much). In Season Seven, The Mentalist gives us, bit by bit, the Teresa and Jane relationship at the forefront. There’s considerably less give-and-take, will they-or-won’t they than your average romance. Rather, the relationship is about two people trying to figure out if they can devote themselves to each other. Teresa is in a sense, married to her job – and she’s used to being an independent person. Jane is trying to put the death of his wife and child behind him, but, tellingly, he still wears his wedding ring (though as a widower that’s not uncommon). So they both have real issues to work out. Yet the series shows their realistic working out of their issues and coming closer together.

SPOILERS BELOW THIS LINE

The last four episodes of the series form a single story. There’s a daring armored car heist and the FBI is called in to investigate. During the investigation and pursuit of the bank robbers – Vega is killed. This throws everyone for a loop, especially Jane. Jane even leaves, briefly, but then returns. He returns to find that the FBI has caught a serial killer case. The last three episodes have the group investigating and solving the case, but trying to find the killer. Jane is kidnapped by the serial killer. Just as Lisbon goes to investigate the house where Jane is being held, only to ask questions – not knowing that Jane and the killer are inside – the place blows up. Teresa finds Jane. Patrick is fine, he’d rigged the explosion himself to get the killer out of the way so he could escape, but got caught in the explosion. Not seriously harmed, Patrick Jane formerly proposes to Teresa Lisbon. She accepts him – but asks for a small wedding, just before a Justice of the Peace. In the final episode, Teresa’s quiet wedding begins to slowly but surely expand into a Big Deal – which isn’t what she and Patrick want. In the meantime, Wylie confirms to Abbott that the killer also did not die in the explosion. However, the FBI catches the killer when he tries to take his revenge on Jane. Teresa and Patrick are married, and Lisbon even reveals to Patrick she’s pregnant.

I pretty much binge-watched The Mentalist Season 7, starting to watch it on Friday and watching it through the weekend and finishing the season this morning (Monday). What kept me watching was that quality of reading a book with each episode being a chapter. Yes, most of the individual episodes were individual cut-and-dried stories, with Jane pulling his “tricks” to get people to actually admit their crimes; however, the character development and stories kept me hitting “next” on the episode list on the DVDs. And it was more than Teresa and Patrick’s story. Not only is Vega trying to prove herself as an agent, but Wylie is interested in her and rather than it being creepy – it’s adorably cute (and it’s one of the most tragic things about her death.) Abbott’s wife is nominated as under-secretary for Commerce, but various people threaten to use some secrets in Abbott’s past to not only sink her nomination but ruin both their careers (Jane of course stops this – and gets the man behind the harassment arrested for his own crimes.) In short, the final season, rather than feeling like a show that’s jumped the shark and is past it’s sell-by date, becomes a character-driven, page turning novel for television. Since the executive producer and creator of the show is now the creative director on Gotham – I think that bodes well that Gotham will also have a good run and continue to be as good as it’s first season. Getting back to The Mentalist, I enjoyed Season 7 more than I thought I would. I think they did a good job showing everyone moving on after the end of the Red John case (which isn’t mentioned). I loved the character development and the movement forward in the characters lives. And the end of Patrick Jane’s and Teresa Lisbon’s story was just perfect.

I highly recommend this season box set. If you’ve been on the fence, trying to decide if Season 7 is really worth it – it is. At only 13 episodes, it doesn’t feel drawn out, but it’s the perfect length. This was a fine conclusion to a fine TV series.