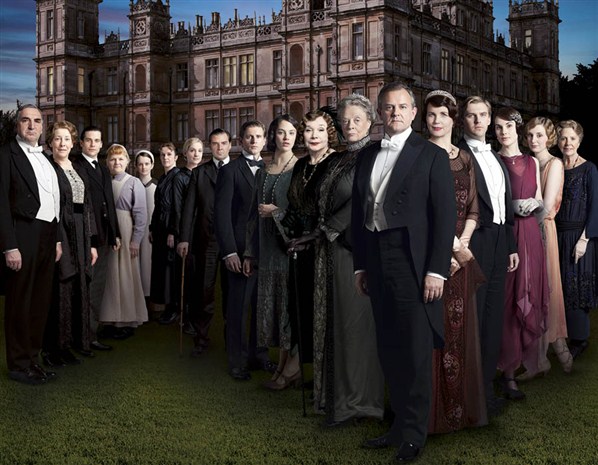 Season 3 of Downton Abbey is the saddest season so far of the show. Sybil and Tom have married and moved to Ireland, but Sybil’s pregnancy and Tom’s trouble with the Finians leads to their return to Downton. As Sybil nears the time for the birth of her child, Robert brings in a new obstetrician who ignores signs of Sybil’s distress. Dr. Clarkson correctly diagnoses preeclampsia and suggests moving Sybil to the hospital for an emergency C-section. The obstetrician disagrees, and before long it’s too late. Sybil gives birth to a healthy girl and then dies. Tom spends the rest of the season trying to figure out his place in the family. Eventually, Matthew convinces Robert to let Tom replace the land agent who has resigned in protest over Matthew’s plans to modernize the estate.

Mary and Matthew marry and Matthew inherits a large sum of money from Lavinia’s father. He argues about whether or not to keep the money because he feels very guilty about Lavinia’s death. Eventually, Mary convinces him. Matthew pours the money into the estate and Robert accepts it on the condition that Matthew is a partner in the running of the estate. Yet, when Matthew suggests changes – Robert balks. Eventually, Matthew and Tom with help from Murray convince Robert that he must modernize.

Mr. Bates is in jail for killing his wife, even though everyone at Downton, especially Anna and Lord Grantham believe him to be innocent. Anna continues to investigate and eventually gets proof of her husband’s innocence. She brings the proof to Murray (the lawyer) and Mr. Bates is released. The reunion of Anna and Bates is one of the few happy things that happen.

Edith is ready to marry Sir Anthony Stallan but he jilts her at the altar, insisting he’s too old for her. Edith is understandably upset, noting that all the boys she danced with are dead. Edith writes a letter to the Times complaining that she doesn’t have the right to vote because she’s not over 30 and a landowner. A magazine editor sees the letter and invites her to write a column for his magazine. At first, she ignores it, but when he writes to her again, she goes to meet him. Edith and the editor, Michael Gregson, get along well and Edith begins to write a weekly column for The Sketch magazine. Michael is quite taken with Edith and she with him – but he’s married to a woman who is in an insane asylum whom, by law, he cannot divorce.

The family takes a trip to the Highlands to visit friends at their Scottish castle and discovers the couple is miserable together but they cannot divorce. Shrimpy has also lost his entire fortune and will need to sell off his property. He’s moving into a government service job in India. Plans are made for their 18-year-old daughter, Rose to live at Downton. Mary is now pregnant. The special ends with Mary giving birth to a son, whom she introduces to Matthew as his heir. Matthew heads home to bring the news to Downton and he is killed in a car crash. This is horrific – for the two to go from the epitome of happiness to such a needless death. It’s still one of the most shocking and depressing bits of the series.

I still like this series, but season 3 is difficult to watch at times.