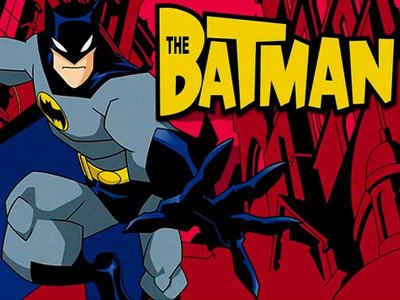 Premiering in 2004, several years after the classic Batman: The Animated Series (1992 – 1995), The Batman is almost the forgotten animated Batman series. It’s set in modern times, and Bruce Wayne even has a device called The Batwave which informs him of crimes in progress, escapes from Arkham Asylum, and can remotely control his devices. The series starts simply introducing, one per episode, the major villains of the Batman universe: Joker, Bane, Penguin, Catwoman, and Mr. Freeze. Even lesser known villains such as Firefly and Cluemaster make brief appearances. This “intro a new villain, quickly move on” approach falls somewhat flat. However, Joker’s second and third appearance, the second appearance of Penguin, and the introduction of Clayface make the back-half of the short 13-episode season work.

Alfred is sardonic here, but he is also understanding of Bruce’s need to fulfill his self-appointed mission. “Traction”, the second episode of Season One, where Batman comes up against Bane and loses is one of the best – especially the flashback to Alfred making a promise to care for Bruce, and Alfred agreeing to help Bruce come up with a solution to defeat Bane, despite his misgivings about Bruce getting even more hurt or killed.

The series also has a “it’s for kids” quality – not that it’s “bad” or “immature” but the violence is much less than other versions of Batman, and often off-screen. There are also a lot less scares in this version.

Season 1 feels very much like an introduction. I now have the rest of the series on DVD, most of which I haven’t really seen – so it should be interesting to see how it goes. Oh, one more note – several of the episodes were directed by directors who worked on the various Warner Brothers Animated Batman, Superman, or Justice League movies.