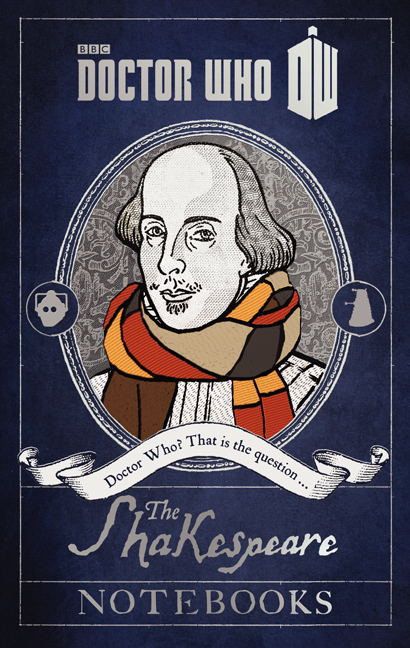 Being able to travel thorough all of time and space, The Doctor’s interacted with many real-life historical figures. From meeting Richard Nixon to fighting a Vespiform with Agatha Christie, he’s made a lot of important and famous friends.

But how has The Doctor affected their lives? How have these interactions shaped history without anyone even realizing it? Soon, we can get a peek at just one example with Doctor Who: The Shakespeare Notebooks.

Newly discovered entries and drawings in William Shakespeare’s journals reveal for the first time the astounding relationship between the great Bard and the Doctor.

Since his first adventure in 1963, the Doctor has enjoyed many encounters with William Shakespeare. Now, BBC Books has rediscovered notebooks, long thought lost, compiled by the Bard in which he divulges the influential role the Doctor played in his creative life. Here are the original notes for Hamlet, including a very different appearance by the ghost; early versions of great lines (“To reverse or not to reverse the polarity of the neutron flow”); the true story of how the faeries of A Midsummer Night’s Dream were first imagined; stage directions for plays adjusted to remove references to a mysterious blue box; and much, much more.

Lucky for us, our friends at Harper Collins were nice enough to give us 10 copies to give away to 10 lucky Whovians.

In honor of Shakespeare’s impressive portfolio (approximately 4 poems, 38 plays, and 154 sonnets that we know of,) you can have a chance at winning a copy of Doctor Who: The Shakespeare Notebooks by posting your own Doctor Who-related poem/haiku/limerick/etc.

And it’s okay if you’re not the best at writing poems, because it can be as simple as:

Roses are red, the TARDIS is blue.
This example is bad, how about a haiku?

Post yours in whatever format you’d like (text, recited in a video or audio post, drawn into a piece of fanart, etc.) using the hashtag #DW Poetry and we’ll randomly select 10 entries to win next week. We’ll be reblogging our favorites throughout the weekend, and the deadline is Monday, July 14th at 10AM EST. Good luck!

And we’re so so sorry to people outside of the Fifty States, but this giveaway is only open to legal residents of the fifty (50) United States (including the District of Columbia.)

(PS, you can always get your own copy right here if you’d like)

In case you missed it, we’re holding a contest! 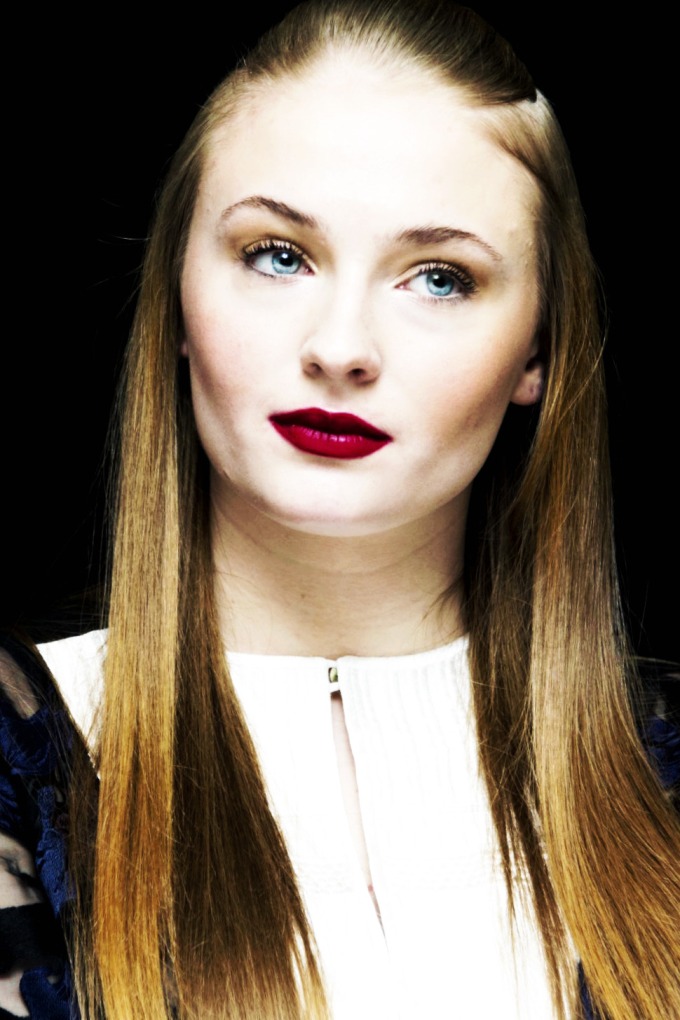 “Growing up I always wanted a dog, but my parents never wanted one. We kind of fell in love with my character’s direwolf, Lady, on set. We knew Lady died and they wanted to re-home her. My mum persuaded them to let us adopt her.”

Game of Thrones as a reality show 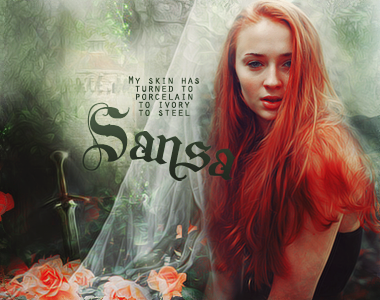 to porcelain, to ivory, to steel by pixels4me 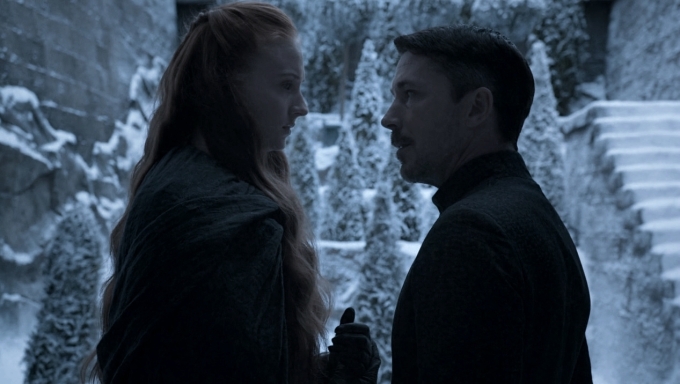 If anyone is destined to kill Petyr, I want it to be Sansa. But not because she hates him, wants revenge etc., but as a part of her own game of thrones. That would show us that she has learnt Littlefinger’s lessons and is capable of continuing the game, partly His game.

But, of course, I’d prefer if they just rule together. 😀

OK – my favorite characters on Game of Thrones are the strong women – Dernarys (sp?), Arya, even Cat (before, well, we all know what happened, right?), Brianne.  Sansa is a bit of a victim.  But maybe she will grow and learn.  Maybe she will get in touch with her inner shield-maiden and stop thinking about “what’s a good catch” and “who can I marry?”  Heck – I think it would be awesome if she realised how gentle Tyrion really is – and fell in love with him. 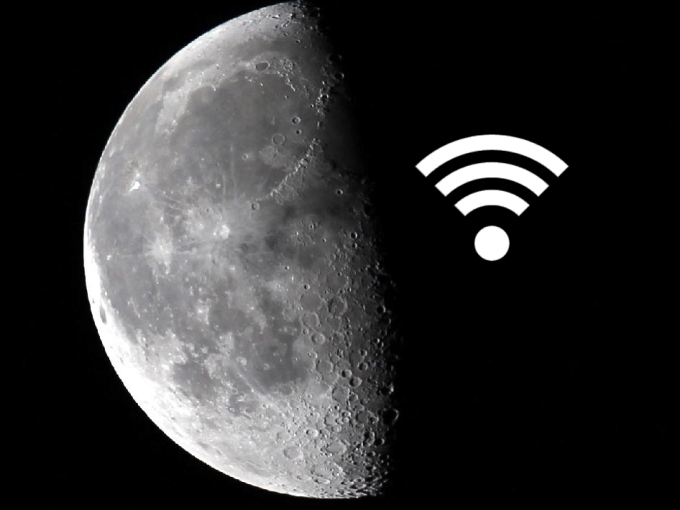 The Moon is Now a Wi-Fi Hotspot
–
Complimentary Wi-Fi is so commonplace that a business advertising its “hotspot” in the window seems somewhat passé. But a new hotspot location should impress even the most jaded among us: For the first time, scientists have demonstrated it’s possible to beam a wireless Internet signal across the 238,900 miles separating Earth from the moon. The demonstration, done by researchers at NASA and MIT, means that future moon explorers could theoretically check in at Mare Imbrium and post lunar selfies with greater speed than you do from your home network. The team will present its findings June 9 at the CLEO laser technology conference in California. (via The Moon is Now a Wi-Fi Hotspot – D-brief | DiscoverMagazine.com)

Wi-Fi on the MOON?  So why is my home network so slow? 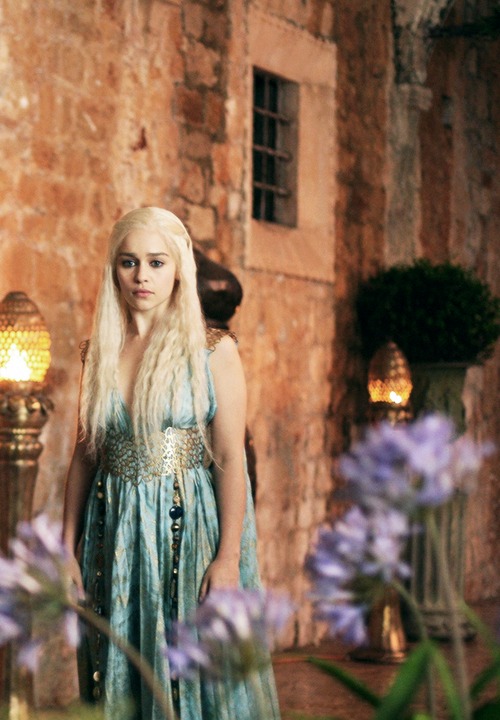 Bitch with Wi-fi
Create a free website or blog at WordPress.com.